A Summary of The ESA Director General’s Annual Press Briefing 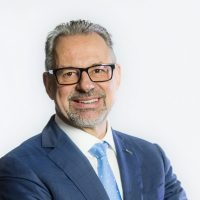 A Summary of The ESA Director General’s Annual Press Briefing

European Space Agency (ESA) DG (Director General), Josef Aschbacher held his Annual Press Briefing on January 23. During the event, the DG summarized the main events of the past year and gave an overview of what is coming after a successful Ministerial Council meeting in November, where the space agency’s budget was increased by 17%.

He started by thanking the journalists for their work and emphasising how important the community was to ESA. Aschbacher also stated that the agency would make sure that its interactions were open and transparent in the future.

He continued by summarizing last year’s achievements, including the James Webb Space Telescope, launched December 25, 2021, as its first data were only released July last year. The data release of the Gaia spacecraft was also a major highlight, as well as the Vega C maiden launch and the first launch of Artemis and the Orion capsule along with the European Service Module. He also mentioned astronauts Mathias Maurer, Samantha Cristoforetti and Thomas Pesquet, who spent several months in space. Aschbacher then went on to talk about the success of the Ministerial Conference of 2022, where the agency bagged a 17% budget increase. This increase is expected to add about 10-20,000 new jobs to the European job market.

The ESA DG has created a new directory called Commercialization, Industry, and Procurement. Under the directorate, 19 agreements have been signed with investor network venture capital funding entities like the EIB and EIF, among others. He also said that safety and security were top priorities for the agency and therefore they have organised funding to support the European Union in the implementation of this flagship program. ESA have strengthened cybersecurity as well and initiated a new activity, called Civil Security from Space.

Aschbacher then recounted the key milestones coming up this year starting with the selection of 17 new astronauts.

“Then we have the launch of JUICE coming up in April. We have the launch of Euclid coming up over summer, Andreas Mogensen will be launched to the space station in the August timeframe. We have a Space Summit planned towards the end of the year in Seville in November, and the Ariane 6 inaugural flight is being prepared,” he said.

Aschbacher named JUICE (Jupiter Icy Moons Explorer), the top mission for Europe both from a scientific and an industrial point of view as the instrumentation is quite complex. The JUICE mission will have 10 different instruments on board measuring various parameters of the icy moons of Jupiter, namely Ganymede, Callisto and Europa. The launch is currently targeted for April 14. Euclid, on the other hand, will examine the invisible: dark matter and dark energy. The launch is planned somewhere between July and September this year.

Climate change of course, remains vital for the space agency and ESA has a number of activities that are ongoing and also that are being planned, such as EarthCARE, a mission in collaboration with JAXA (Japan Aerospace Exploration Agency).

Aschbacher named space transportation as one of the biggest challenges in Europe today. ESA has two more Ariane 5 launches coming up, while Vega C had a failure in December and Ariane 6 is not yet ready.

“I can say that we had a very successful hot firing test last week, another hot firing test planned in spring. And of course the other milestones are the getting the ground segment ready,” the ESA DG stated.

The Director General said that ESA was looking into ways to launch a competition for launching ESA payloads aboard micro- and mini launchers in Europe as the continent has temporarily lost its access to space.

“We will really make a huge effort to decarbonize the the energy supply and invest significantly in providing more photovoltaic energy supply to really produce about 130 tonnes of green hydrogen. Also to reduce greenhouse gases, we would like to go towards a 90% renewable energy supply by 2025 in Kourou.”

Aschbacher also explained how he is planning to transform ESA:

“I would like to make ESA fit for the future. That may sound like a nice slogan, but it’s really extremely important that we are becoming leaner, faster, more agile and more responsive to better respond to the challenges of space.”

He claimed that commercialization was one of the main driving forces in this transformation. According to plans, time to contract will be reduced by 50%. Furthermore, time to hire will speed up by 35% while the agency is looking to hire about 400 new colleagues this year. Talent management and attracting young talent is also a priority for ESA.

While all these plans and upcoming missions are very exciting along with the budget increase, it is important to take into account the rate of inflation and the very serious problem of Europe temporarily having lost its launch capabilities. ESA will have to work extremely hard to put the continent back on the launch map again as well as to prove to its Member States that their funding is not misplaced.