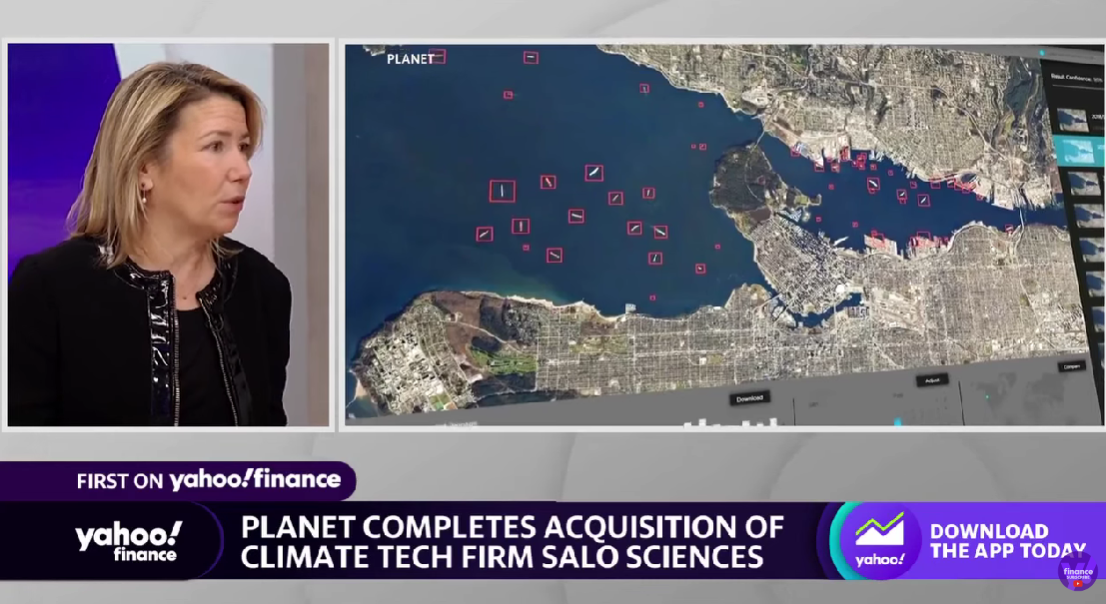 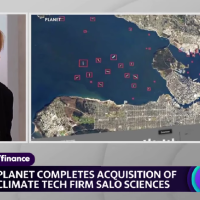 Satellite imagery and data will become more important than ever as we move forward. No one knows this more than Planet, a San Francisco-based provider of global, daily satellite imagery and insights that has just completed the acquisition of climate tech firm Salo Sciences. Founded in 2010 by three NASA scientists, Planet designs, builds and operates the largest fleet of imaging satellites, as well as online software, tools and analytics needed to deliver data to users.

“Salo is a company we have actually been partnered with for a while, so it was exciting to have them actually join our team,” said Johnson. “Salo uses algorithms to measure forestry, carbon, so you can think about the importance of that for companies that are looking to offset their carbon emission. They’re essentially buying these carbon credits. They want to know that these are real, they want to have transparent, accurate measurements of that. We also work with them on things like understanding the number of trees across California for fire observatory and fire risk management. So, a really important company and we’re really excited to have them on the team.”

Before joining Planet in 2020, Johnson was both the CFO (Chief Financial Officer) and COO (Chief Operating Officer) at Wealthfront, a next generation banking service that helps young professionals manage their savings.

Johnson went on to talk about the great work Planet has done in the Earth observation industry, where historically companies were gearing solutions towards government only, and really thinking about large, very expensive satellites, that only a government could afford to buy the data from in the end.

“We’ve really shifted that model,” she said. “And we provide to the governments the same service we actually provide to commercial entities which is the daily monitoring of change going on on the planet. It’s a data subscription model. And with acquisitions like Salo Sciences, we’re building solutions on top of that, to make this data more accessible to companies that may historically not have worked with Earth observation imagery.”

When asked about the growth of the company and how balancing that growth and forward-looking outlook with the reality that we might be in a recession at some point influenced her business decisions, Johnson answered honestly:

“We are always making tough choices with a company like ours, where we have a very complex R&D (Editor’s Note: Research and Development) organization. We have a team that’s building satellites and thinking about the next generation that is going to be launched in three four or five years, as well as the software solutions that we’re building on top of the data. We’re always looking at what is the ROI (Editor’s Note: Return on Investment) of those investments and making these investments very carefully,” said Johnson, adding that Planet went public in 2022 and has raised a lot of capital.

She also made it clear that the capital is going to sustain the company until their cash flow break even point.

When asked as to whether Planet has had to cut anything back in terms of projects they planned to undertake this year, she had this to say:

“No, everything that we said we were going to do is really what we’ve been doing over the last year and we’re seeing the results of it. We’re proud of the investments we’re making and really proud of the execution of the teams.”

The topic then moved to the operational side of things.

“So, the way to think about it is right now we have about 200 satellites in orbit,” said Johnson. “Our smaller satellites that are imaging the earth every day have a useful life of three to five years, which means we’re replenishing about a third to a fifth of that fleet every year. And in fact, just last week, we launched another 36 satellites as part of that replenishment. And then on our high-resolution satellites, we have 21 of those in orbit. We’re currently working on the next generation we call our Pelican fleet and we have a new fleet that’s in progress, which does hyperspectral imaging, which will be the first of its kind. And that’s another fleet that we have planned for the coming years; the first demo satellites intend to go up this year.”

With a lot going on, where did Johnson see we were in the cycle of this industry? As there is a limited amount of space above our planet, there is serious concern about how many satellites are in orbit.

She allayed our fears.

“I think we’re really in the early innings. There is a lot of space, so we do care about space junk and space congestion,” said Johnson. “We spend a lot of time on that. In fact, we fly such low orbit satellites that when the useful life of the satellite is over, they effectively burn up and we release that space back.”

Johnson considers 2022 to be a transformational year for the industry.

“We’ve talked a lot about the tailwinds that are driving the industry, digitization of economies needing to have access to this data, sustainability trends needing to understand the environmental footprint, where you see climate change and what’s causing it and then peace and security and the impact of peace and security on the global economy,” said Johnson, ending by saying she expects the industry will continue to see new entrants. 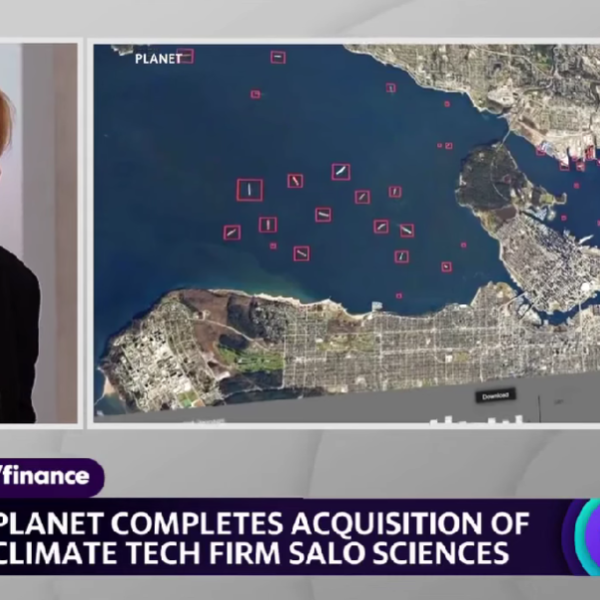