Airbus Finalises JUICE Ready for Its Mission to Jupiter 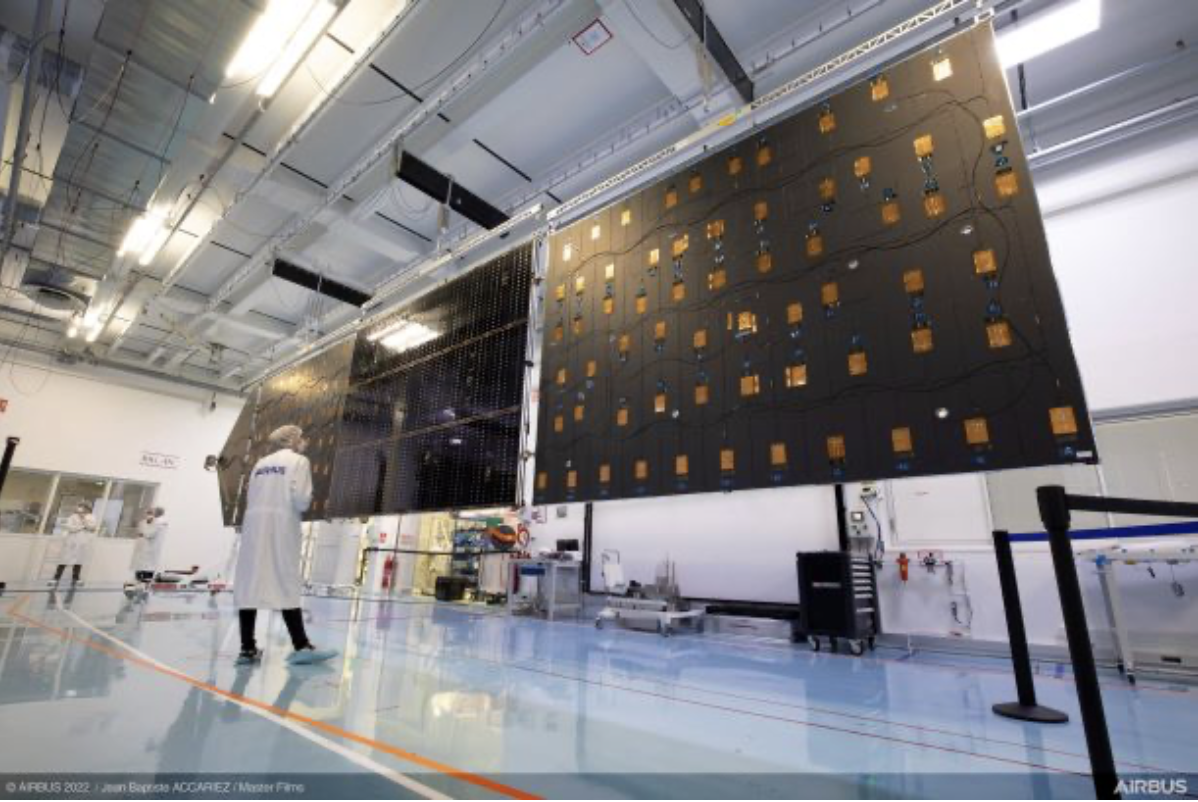 Airbus Finalises JUICE Ready for Its Mission to Jupiter

The spacecraft has been at Airbus in Toulouse since August 2021 for final assembly and test. This included integration of the final instrument units and the largest solar arrays ever to fly on a planetary exploration mission, needed to power the mission at 740 million kilometres from the Sun.

“With JUICE’s departure for the launch site fast approaching, we look back at its long Earthly journey through various Airbus sites in Europe towards final integration and involving close to 500 Airbus employees who prepared the spacecraft for its eight-year cruise,” said Cyril Cavel, JUICE Project Manager at Airbus Defence and Space.

“It has been an incredible adventure, along with more than 80 companies across Europe, to bring ESA’s vision to life and ultimately study Jupiter and its icy moons in fine detail.”

Today a commemorative plaque was unveiled during a press event in Toulouse as a tribute to Italian astronomer Galileo Galilei. The plaque has been mounted on the spacecraft to honour Galileo who was the first to view Jupiter and its largest moons through a telescope in 1610.
On its more than 2 billion-kilometre  long journey, the 6.2 ton JUICE spacecraft will collect data on the icy moons to try to understand whether there is any possibility that these moons could host microbial life. Carrying 10 state-of-the-art scientific instruments, including cameras, spectrometers, an ice-penetrating radar, an altimeter, a radio-science experiment, and sensors, the JUICE spacecraft will complete a unique tour of the Jupiter system that will include in-depth studies of three potentially ocean-bearing moons: Ganymede, Europa and Callisto.

During its four year-long mission, JUICE will spend nine months orbiting the icy moon Ganymede analysing its nature and evolution, characterising its subsurface ocean, and investigating its potential habitability.

After being selected by ESA as prime contractor in 2015 Airbus has led a pan European industrial consortium to design and build this unique spacecraft. 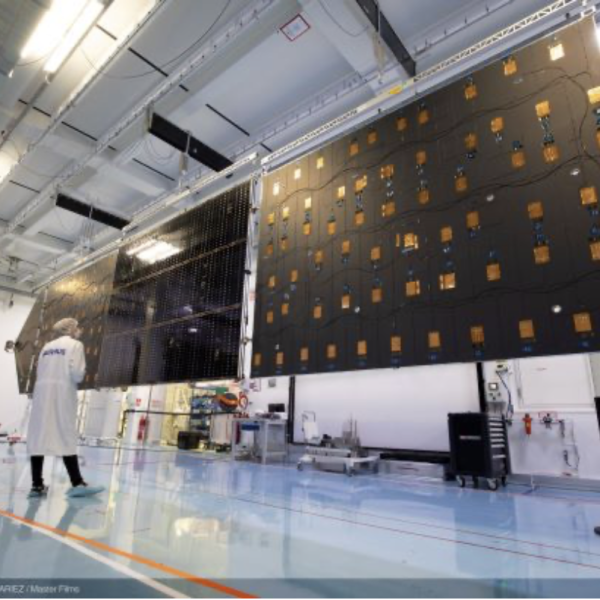