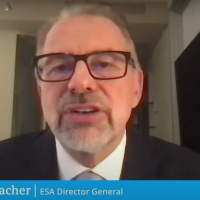 Yesterday, Space Impulse reported on the inauguration of the EU’s first orbital launch site last week. Spaceport Esrange is the new facility at Esrange Space Center near the northern Swedish city of Kiruna that will complement the EU’s current launching capabilities in French Guiana in South America.

Founded by the European Space Agency in 1966 to study the atmosphere and northern lights phenomenon, the Esrange space center has invested heavily in its facilities to be able to send satellites into space.

On the inauguration, the European Commission President, Ursula von der Leyen said: “Europe has its foothold in space and will keep it,” before adding that small satellites were crucial to tracking natural disasters in real-time and, in the light of Russia’s war in Ukraine, to help guarantee global security.

“It was a big day for Sweden but also for space in Europe,” said Aschbacher to begin the interview. “You have just heard the President of the Commission, Ursula von der Leyen outlining the importance of this launch port and this is something quite unique.”

Aschbacher mentioned the fact the European launch port in French Guiana is launching all kinds of satellites and rockets, but particularly larger ones. The European inauguration, witnessed by His Majesty the King and the European Commission, he went on, is important because having a new, smaller facility capable of launching smaller satellites, called microlaunchers, will be important for Europe.

“It’s a bit like having a big airport like Frankfurt or Heathrow and then you have regional airports, in different countries in different places,” said Aschbacher, “and that’s what we inaugurated today like a smaller airport, a smaller spaceport for small rockets and smaller satellites.”

“It’s critical because first of all, having another launch pad on European soil and not too far away from the European mainland is important as it makes transport and logistics much easier,” said Aschbacher of the question that the new launch facility is an important asset for Europe. “But the other thing is that that we were testing on this launch pad a new type of rocket. We call it Themis with an engine called Prometheus, which is a European reusable engine.”

The first satellite launch from Spaceport Esrange has been penned in for later this year, with reusable rockets to be tested at the site, the Swedish Space Corporation has said. In Sweden, the rockets being developed are “micro-rockets,” around 30 meters (98.4 feet) long, capable of carrying a payload of several hundred kg.

“It’s always the same if you have international cooperation. Of course, we do that and we are a very strong partner of NASA.”

He continued by saying the European Space Agency is raising the ambition of space in Europe.

“We had a very successful Ministerial Conference just two months ago, where we got the record subscription by European member states for new programs and new activities. And yes, independent access to space is part of this European strategy and this is what we need to reinforce,” said Aschbacher.

The next question put to the ESA’s Director General was why Kiruna was chosen as the site, as places closer to the equator are generally more suitable for satellite launches.

“It’s true that if you’re closer to the equator, it’s good to launch geostationary satellites, but what Kiruna will launch is satellites into low Earth orbits, and from there it’s a very good location,” stated Aschbacher.

He also made it clear that it was a mix of investments including by the Swedish government to build up and prepare the launch base and to make good use of it for launches and testing, for new markets and new entrants.

To conclude, Aschbacher was asked about his vision for the future of the site.

“The site is really the first one on the European mainland. It is opening a completely new dimension of competition in the lower segment, in the lightest segment of launchers and satellites. And for this, Sweden is really a pioneer and is opening new ways and I’m very excited about what happened today. I think this is a new way of designing and defining launch capabilities for Europe,” he said. 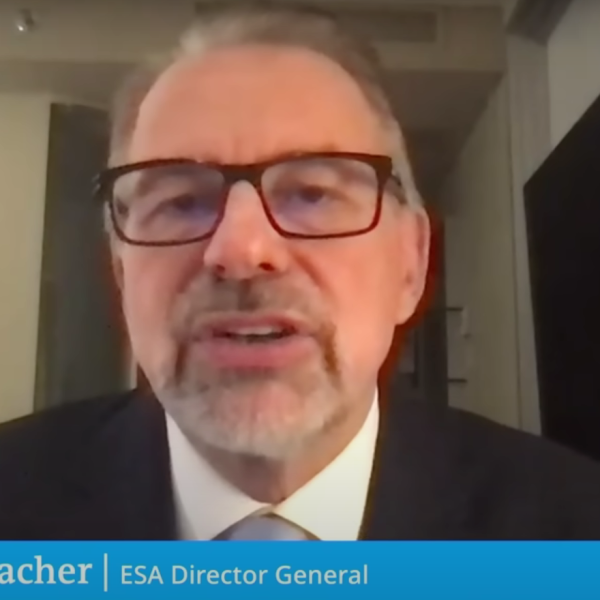