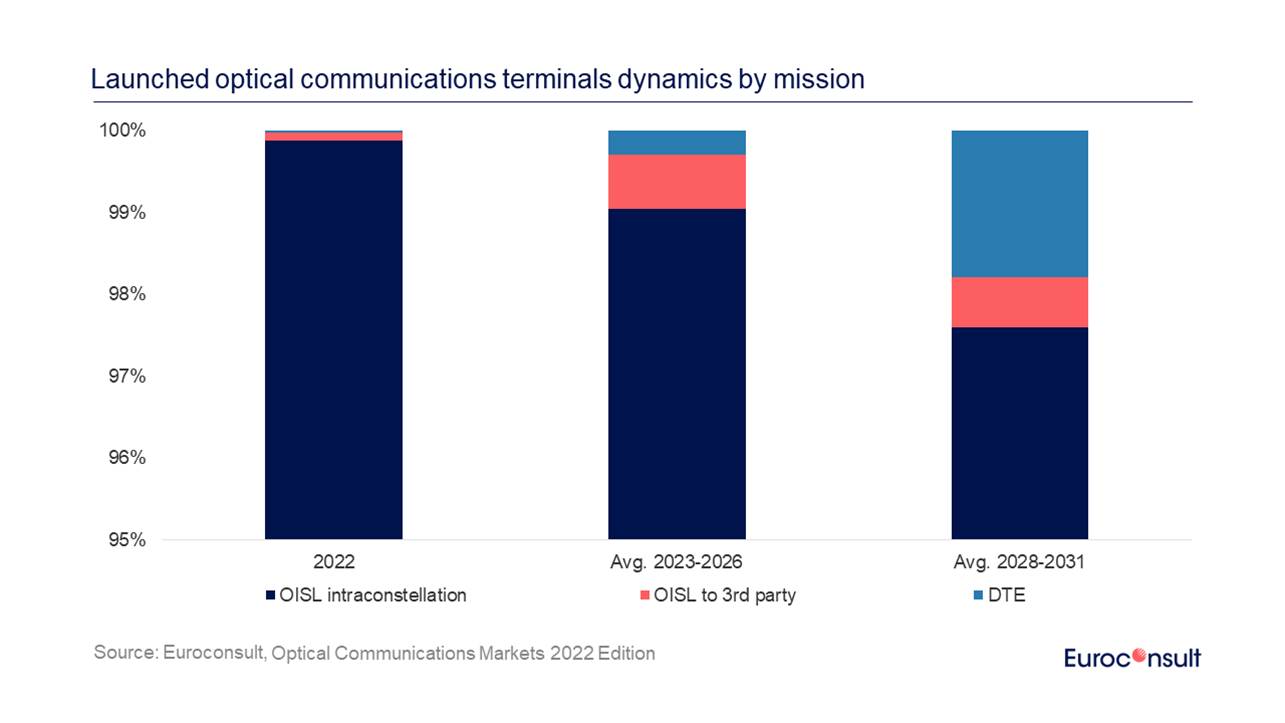 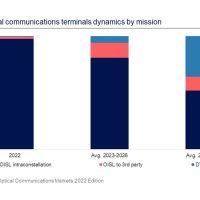 Optical communication data transmission offers many potential advantages to satellite operators, including higher data throughput rates, which are essential for handling the continuous global increase in demand for data exchange. Another key advantage is the narrowness of the light beam, which makes it more complicated to intercept and helps ensure information security. Source incoherence also significantly reduces communication systems interference, an essential prerequisite for large constellations.

According to Euroconsult’s report, major satellite constellation operators see the benefits of switching inter-satellite communication from mainly by radiofrequency electromagnetic waves to optical or laser communication, but there are key technological challenges to address before widespread adoption, including link reliability governed by beam accuracy.

Optical communications will also enable data-relay space services thanks to terminals used for third-party communications, usually to transfer data to satellites orbiting at different altitudes. Companies such as Skyloom have been founded in this purpose. Though less than 10 data-relay capable satellites were in orbit at the end of 2021, the number of such terminals should constantly grow over the decade to reach 250 units by 2031. Earth observation (EO) data providers are expected to be the main stimulators for this growth.

In order to support manufacturing development, standardization efforts are being undertaken at the initiative of the US government under its Space Development Agency (SDA) program with the objectives of lowering prices and increasing technology adoption across different types of satellites. For instance, current prices of around a million dollars per terminal are expected to decrease to less than US $100,000 at the end of the decade. Current market leaders such as TESAT-Spacecom, Mynaric and Honeywell are all taking part of this initiative. Potential new entrants are also involved and are ready to take their shares of the market when it will accelerate.

Euroconsult’s 1st edition ‘Optical Communications Market’ report provides an in-depth insight into the economic impacts of this emerging market, reviewing key players, as well as the opportunities and challenges experienced for the technology as the market matures. For a detailed analysis of space-based optical communications supply and demand throughout the world, along with decade forecasts for the number of optical communications terminals launched per year and in orbit, head over to Euroconsult’s Digital Platform: https://l.linklyhq.com/l/1fKIw. 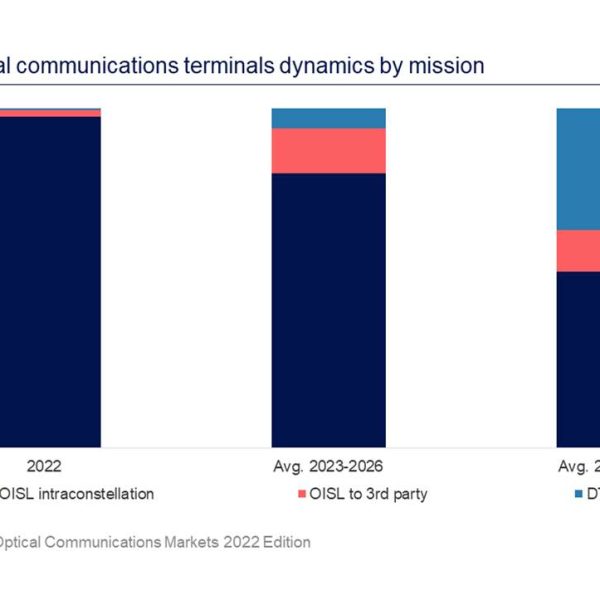