Top 10 Rocket Launch Companies To Look For in 2023 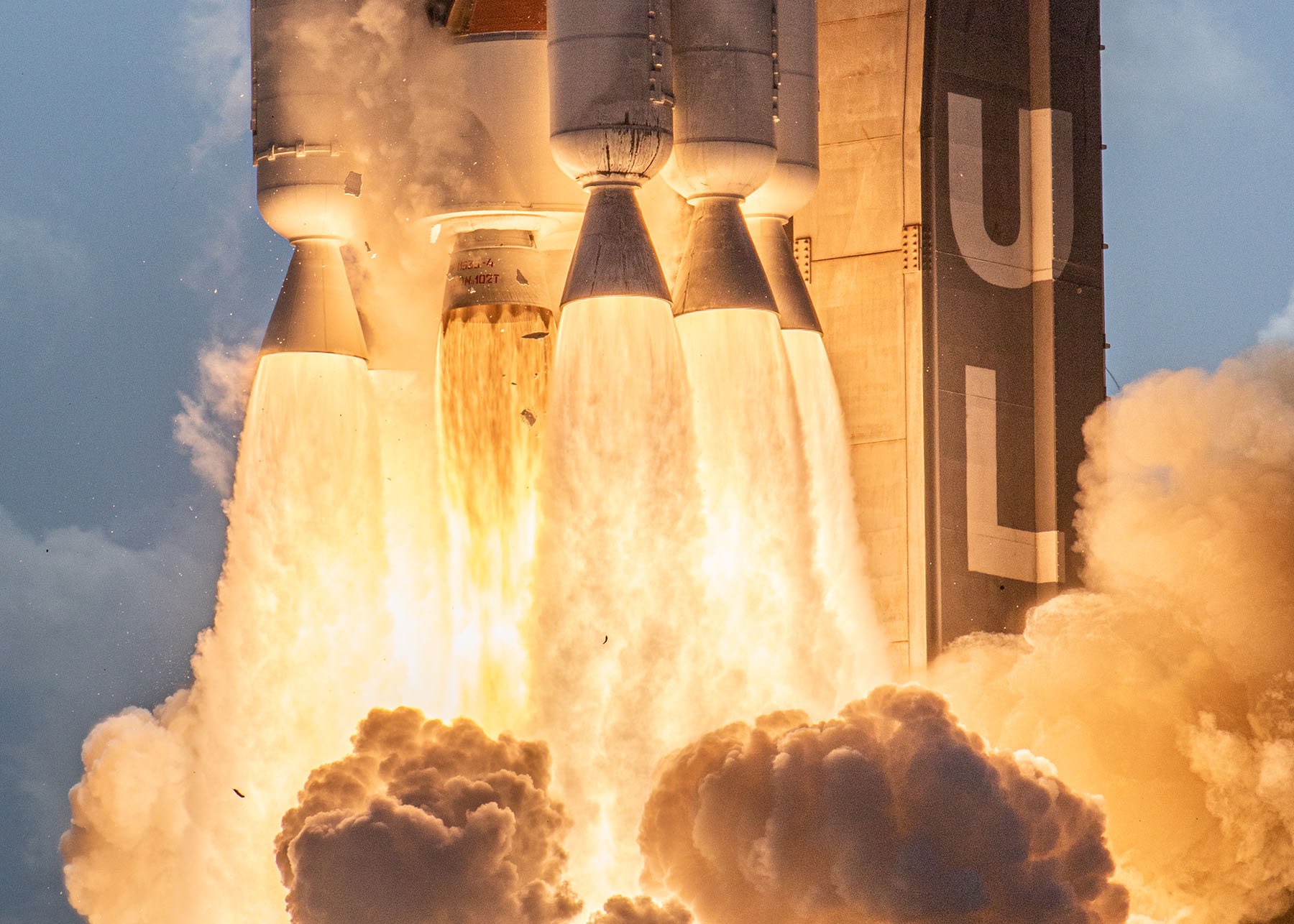 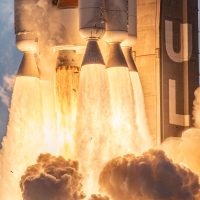 Top 10 Rocket Launch Companies To Look For in 2023

The space industry has come a long way in recent years, with private companies making significant advancements in rocket technology. While NASA and other government-funded space agencies have traditionally been the primary players in the launch market, commercial rocket launch companies have begun to make a significant impact in recent years. Here, we’ll take a look at the 10 biggest commercial rocket launch companies in the world and their contributions to the industry.

What Exactly Are Rocket Launch Companies

Rocket launch companies are organizations involved in the development and delivery of spaceflight services. These companies have expertise in rocket engineering, spacecraft design, and payload integration. They are responsible for designing, building, testing, launching and/or operating satellites or other spacecraft. Rocket launch companies can specialize in commercial launches or government launches, although many of them do both.

Without any delay, let’s take an in-depth look at the list of rocket companies we prepared!

SpaceX (Space Exploration Technologies Corp.), founded by Elon Musk in 2002, is one of the leading private space exploration, aerospace manufacturer and space transportation services companies in the world. The firm has developed the Falcon 1, Falcon 9, and Falcon Heavy launch vehicles, as well as the Dragon spacecraft and Starship. SpaceX has made history with its reusable rocket technology and is the first privately-funded company to send a spacecraft to the International Space Station. The company’s goal is to reduce space transportation costs and enable the colonization of Mars.

SpaceX’s Dragon spacecraft, is flown into orbit by the Falcon 9 launch vehicle regularly to supply the International Space Station (ISS) and bring cargo and crew back to Earth. One of the major accomplishments of the firm is the first successful landing of an orbital rocket’s first stage in December 2015. Since then, the company has landed and reused multiple first stages, which has significantly reduced the cost of access to space. SpaceX also provides launch services for a wide range of customers including NASA, commercial satellite operators, and the U.S. military.

Blue Origin, founded by Jeff Bezos in 2000, is a privately-funded aerospace manufacturer and spaceflight services company. The firm has developed the New Shepard suborbital launch vehicle and is currently working on the New Glenn orbital launch vehicle. Blue Origin also offers space tourism services with the goal of enabling private human access to space. The company has a long-term vision of creating a future where millions of people are living and working in space.

United Launch Alliance (ULA) is a joint venture between Lockheed Martin and Boeing, formed in 2006. ULA provides launch services for both government and commercial customers and has launched a variety of spacecraft including NASA’s Mars Reconnaissance Orbiter, the Lucy mission and the Kepler satellites as well as the ESA-NASA Solar Orbiter. As one of the leading satellite launch companies ULA has launched over 100 missions since its formation.

Arianespace is a French multinational company founded in 1980 as the world’s first commercial launch services provider offering launch services for a wide range of customers, including government agencies and commercial satellite operators. The firm has launched hundreds of spacecraft, including satellites for telecommunications, Earth observation, and just last year, the James Webb Space Telescope.

Arianespace’s vehicles are designed to launch payloads into a variety of orbits, including low Earth, geostationary transfer, and polar orbits. The company plays a vital role in the European space industry and is a major contributor to the European Space Agency’s (ESA) launch program. The firm has a strong partnership with various European countries to develop and manufacture the Ariane launch vehicles.

Rocket Lab is a space technology company founded in 2006 that specializes in small satellite launches. The company has developed the Electron launch vehicle, which is designed to place payloads of up to 300 kg into low Earth orbit. Rocket Lab has launched missions for customers including the National Reconossaince Office, the Swedish National Space Agency and the U.S. Defense Department. Rocket Lab launched CAPSTONE, NASA’s Gateway Pathfinder mission as well.

Boeing Defense, Space & Security is a division of the Boeing Company that provides a range of products and services for government and commercial customers, including launch services. The division has a long history in the aerospace industry, dating back to the early days of human spaceflight. Boeing has built the core stage of the Space Launch System (SLS), which will bring humans back onto the lunar surface and eventually to Mars.

Orbital Sciences Corporation, now part of Northrop Grumman, was an American company founded in 1982 that provided a wide range of products and services for the aerospace and defense industries, including launch services. The company developed the Pegasus, Taurus (Minotaur) and Antares launch vehicles, as well as the Cygnus spacecraft.

Virgin Galactic is a commercial spaceflight company founded by Sir Richard Branson in 2004. The company developed the SpaceShipTwo suborbital launch vehicle, capable of carrying passengers and scientific payloads on brief trips to space. Meanwhile, Virgin Orbit was founded in 2017 to focus on small satellite launches. The firm uses Cosmic Girl, a modified Boeing 747 aircraft for horizontal launches of its LauncherOne rocket.

One of the key advantages of Virgin Orbit’s air-launch system is its ability to take off from a wide range of locations, allowing for greater flexibility in the deployment of payloads. This also allows for faster turnaround times between launches and the ability to launch from locations closer to the equator which can help to increase the performance of the launch. Virgin Orbit’s customers include government agencies, commercial satellite operators, and research organizations. The company’s launch services are well-suited for a wide range of payloads, including small satellites, CubeSats, and other microsatellites.

China Great Wall Industry Corporation (CGWIC) is a subsidiary of the China Aerospace Science and Technology Corporation (CASC). It was established in 1980. It is the only commercial organization authorized by the Chinese government to provide commercial launch services. The state-owned enterprise specializes in the manufacture and launch of satellites for various purposes, such as telecommunications, Earth observation, and navigation. CGWIC has launched a number of satellites for both domestic and international customers, and has also provided launch services using its Long March series of rockets. The company provides ground support equipment and services for satellite missions as well.

Relativity Space is a space technology company that specializes in the development and launch of small satellites using 3D-printed rockets. Founded in 2015 by a group of aerospace engineers, the company is headquartered in Los Angeles, California. One of the key innovations of Relativity Space is the use of 3D printing to manufacture their rockets. This technology allows for a faster and more cost-effective production process, as well as greater design flexibility. The company’s flagship rocket, the Terran 1, is fully 3D-printed, with the exception of the engines and avionics.

As previously shown, many of the space rocket companies’ owners are successful businessmen, such as Sir Richard Branson, Elon Musk, Jeff Bezos, and others. Other companies are owned by large corporations, including Boeing Defense, Space & Security and Northrop Grumman. Additionally, many governments have stakes in the space rocket industry, particularly China with its government-owned China Great Wall Industry Corporation. Finally, there are some companies such as Rocket Lab and Relativity Space which are privately owned by their founders.

The space rocket industry is incredibly diverse, with many different players competing for a share of the market. From large corporations to small startups, this industry is on track to grow in the coming years.

These companies, among many other emerging ones, are investing and developing the technology that is changing how we access space, providing cost-effective and frequent rocket launches to orbit, the lunar surface and future interplanetary missions, to make space accessible to more people and organizations than ever before. They are driven by a profit motive and are focused on providing cost-effective and reliable launch services to their customers.

Commercial rocket launch companies are important not only because they provide a more cost-effective and efficient means of launching payloads into space, but also because they can ensure an increased access to space for scientific research, satellite deployment, and other space-based activities. Additionally, commercial companies drive innovation and competition, which can lead to the development of new technologies and improvements in existing ones. This can ultimately benefit not only the companies themselves, but also the broader space industry and society as a whole.

On the other hand, state-owned rocket launch companies, such as NASA in the United States and Roscosmos in Russia, are typically established and funded by their respective governments. Their primary goal is often to support national space exploration and research initiatives. They may also have other goals such as military or strategic objectives, and may have limited commercial launch capabilities.

State-owned companies often have larger budgets and longer history than commercial ones and have more experience in space exploration and research. However, commercial companies are more flexible and agile, and they are able to respond quickly to market demand. Overall, both state-owned and commercial rocket launch companies play important roles in the advancement of space exploration and technology, and they both have their own unique strengths and limitations. 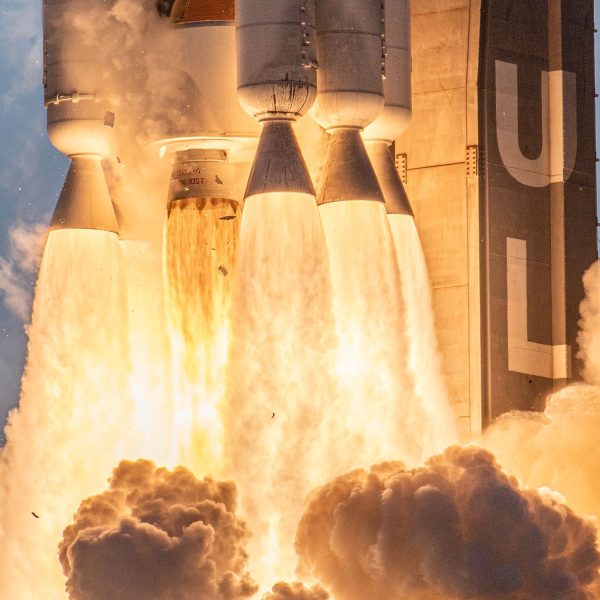