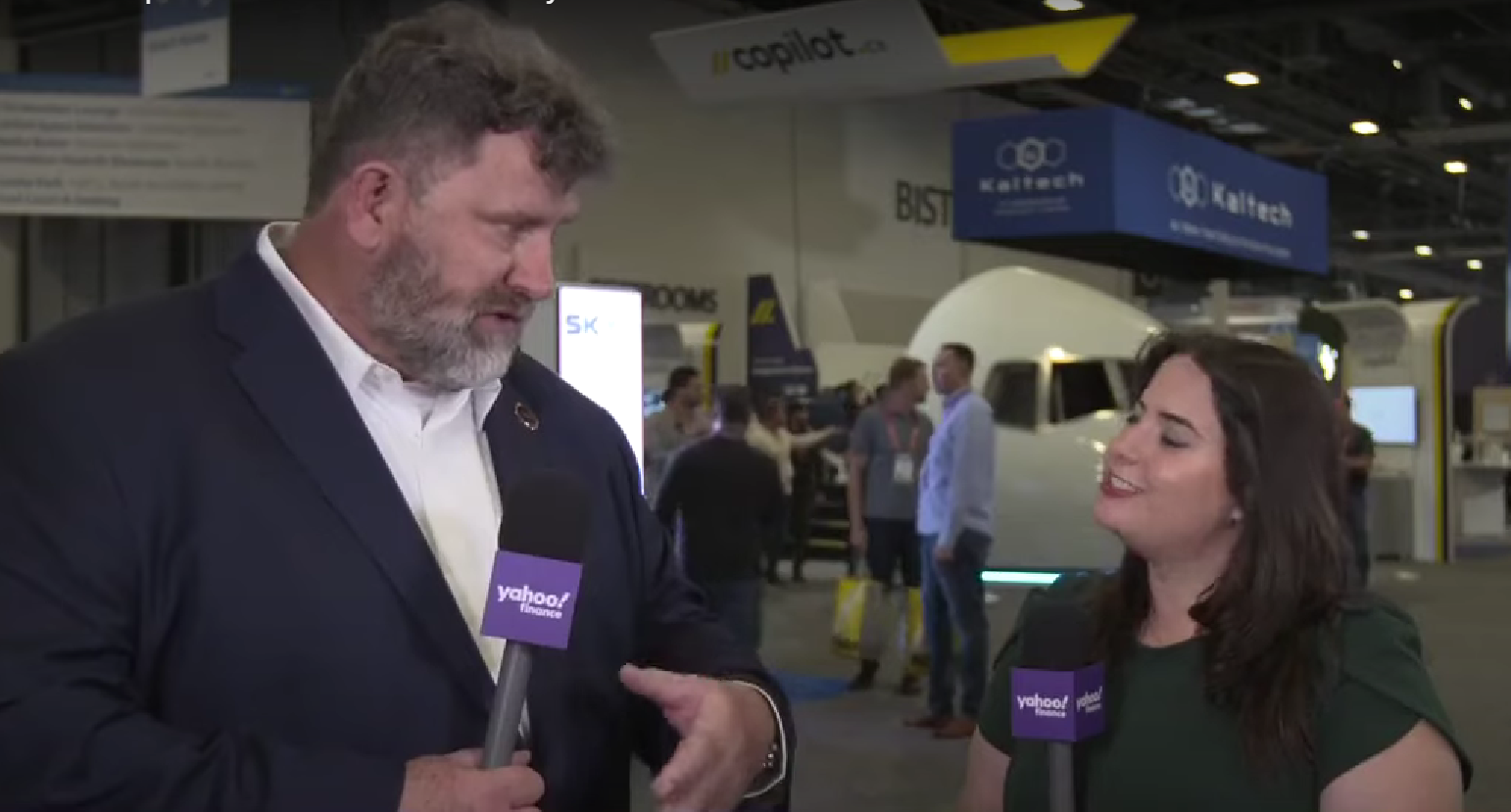 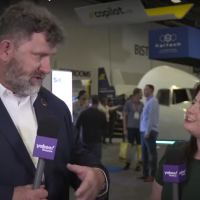 Consisting of NASA (United States), Roscosmos (Russia), JAXA (Japan), ESA (Europe), and CSA (Canada), the International Space Station (ISS) is the largest modular space station in low Earth orbit. In operation since 1998, the ISS acts as a microgravity and space environment research laboratory in which scientific research is conducted in the areas of astrobiology, astronomy, meteorology, physics, among others.

Recently, Yahoo Finance’s Allie Garfinkle interviewed International Space Station National Laboratory Chief Scientist Dr. Michael Roberts at the 2023 Consumer Electronics Show in Las Vegas about the opportunities for companies in space, increasing access for R&D (research and development) and the outlook for the International Space Station as well as other space infrastructure projects.

As the manager of the ISS National Laboratory in partnership with NASA, Roberts’ duties at CASIS (Center for the Advancement of Science in Space) include enabling access to the ISS for research, technology development, STEM (Science, Technology, Engineering and Mathematics) education, and commercial innovation in space as a public service to foster a scalable and sustainable low Earth orbit economy.

“We’re here along with our partners in the industry to talk about access to the International Space Station for research and technology development,” Roberts began. “But the International Space Station National Laboratory offers opportunities above that. Industries large and small across the United States now have access to space to do R&D in space that benefits us here on Earth. And that’s a new twist on access to space.”

Roberts said that for the first time in history, we have access to space through the activities of companies like SpaceX and Northrop Grumman.

There is no denying how exciting this is. Yahoo Finance’s next question was what the benefits of doing R&D in space were, looking at it from the perspective of the ISS National Laboratory.

“We’ve videos of crew members, playing with water by squirting it or playing with M&Ms in the space environment,” said Roberts. “So, you understand that it’s fundamentally a very different environment than anything we have here on Earth. We’ve worked with material science companies that are trying to improve turbine blades for use and spacecraft and aircraft engines. We work with companies that are seeking to improve materials for use in high-performance automotive engines. We work with engineers who work in propulsion systems and are trying to refine and increase fuel efficiency and engines, and we also work heavily with the pharmaceutical sector.”

Roberts spelled out that living in space for a long period of time is a lot of fun, but it also wears on your body.

“Our immune systems don’t function as well and in that space environment, our bones and muscles start to weaken over time,” he said. “But you can exploit that if you’re a medical researcher and understand ways to combat that here on Earth.”

A lot of the things that happen to us as we naturally age can also occur during a six-month exposure to a microgravity environment, explained Roberts.

“Astronauts’ immune systems don’t work quite as well in space, so it’s an opportunity for pharmaceutical companies to explore new therapeutics that can help prevent the onset of those conditions. And one of the interesting applications that I was hearing about earlier today was tied in astronomic,” said Roberts.

The conversation then turned to laundry and childhood.

“One of the hidden secrets of life in space is you get to wear a lot of the clothes over and over and over again,” said Roberts. “It’s a five-year-old boy’s dream. You never have to change clothes, never have to take a shower. In space, you just get to hang out and do stuff. But yeah, it’s an issue and a lot of that comes down to mass, right? It’s not that big of an issue in low Earth orbit on the International Space Station, but when we started thinking about going to Moon and Mars, that mass penalty becomes an issue.”

Roberts then said that Procter & Gamble is working with NASA to refine the technologies that they can use for stain removal and cleaning flows so that we can have the ability to clean while we’re in space.

“It also helps Procter & Gamble,” said Roberts, “and they’re looking for ways to be more energy efficient. We are now living in times of greater water scarcity than at any time in the history of humanity. Understanding ways to improve our ability to clean flows and use water more efficiently translates to important things here on Earth as well.”

Yahoo Finance was also interested in how the ISS National Laboratory approaches high-profile partnerships, such as the one with Procter & Gamble and SpaceX.

“We are the downstream benefactors of the great strides that SpaceX and other companies have made. So, the ability to reuse space vehicles has completely changed where I live. I live near Kennedy Space Centre in Florida. We now have launches that go up every week or every other week. And the great thing is part of the launch comes back down every time they launch,” said Roberts.

Roberts told Yahoo Finance they’ve expanded that capability at SpaceX by launching supplies that include the human factor, reducing the cost of living and working in space by ten times, making space accessible.

“That’s already translated into the opportunities to do experiments for science, technology, engineering, and mathematics outreach for STEM education” Roberts added. “We have payloads that go to space that are developed and paid for entirely by middle schools and high schools, in addition to projects that are led by students at university, so all of that is driving down costs and increasing frequency of access is good.”

The topic of diversity popped up, and how the Astronaut Corps, the unit of NASA that selects, trains, and provides astronauts as crew members for U.S. and international space missions, has evolved over time from Roberts’ perspective.

Diversity in the Sector

“NASA is working very hard to increase diversity across every job within the agency,” Roberts began, adding there are now minority-serving institutions feeding directly into NASA, that offer new advantages for students to get into the Astronaut Corps. “We work at that at a more fundamental level at the International Space Station National Lab. We understand we lose a lot of diversity in elementary school. Many kids are turned off from science, technology, engineering, and mathematics courses because they think they’re not for them.”

Roberts said as part of its portfolio, they are very active in engagement to develop education programs that leverage access to the International Space Station. 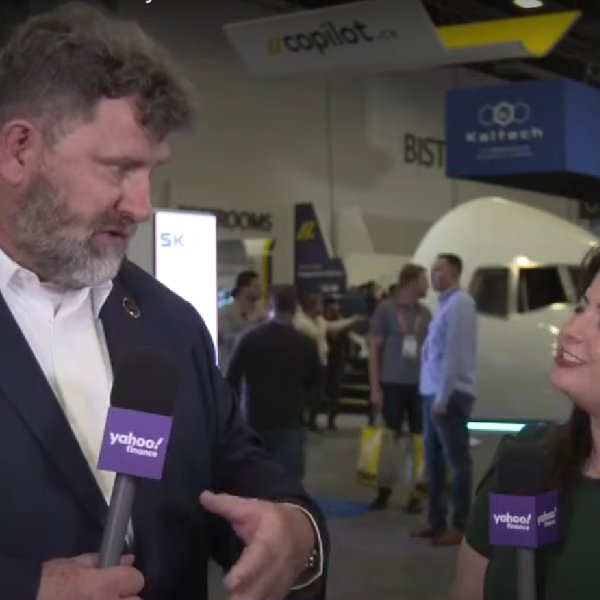