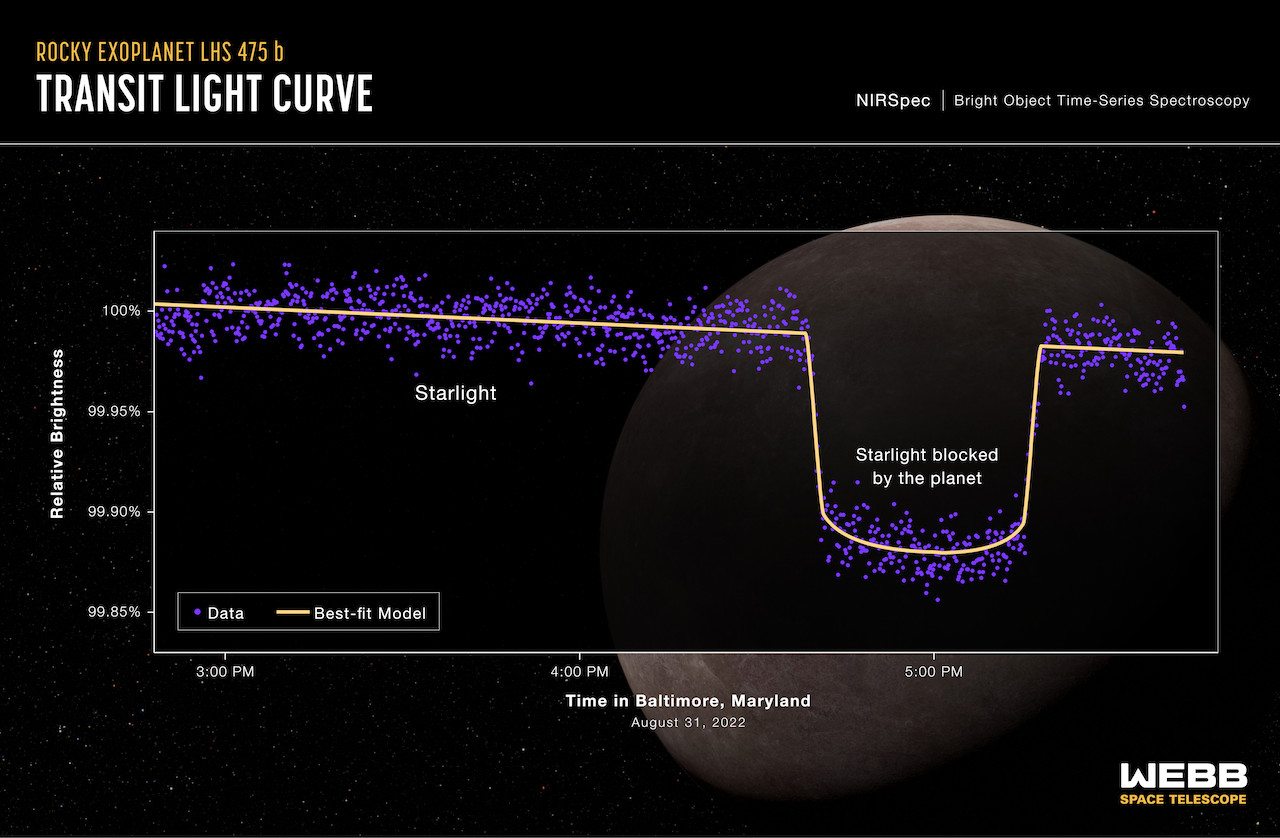 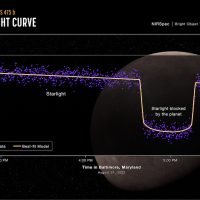 NEWS RELEASE — January 11, 2023 – The research team is led by Kevin Stevenson and Jacob Lustig-Yaeger, both of the Johns Hopkins University Applied Physics Laboratory in Laurel, Maryland. The team chose to observe this target with Webb after carefully reviewing data from NASA’s Transiting Exoplanet Survey Satellite (TESS) which hinted at the planet’s existence. Webb’s Near-Infrared Spectrograph (NIRSpec) captured the planet easily and clearly with only two transit observations.

“There is no question that the planet is there. Webb’s pristine data validate it,” said Lustig-Yaeger. “The fact that it is also a small, rocky planet is impressive for the observatory,” Stevenson added.

“These first observational results from an Earth-sized, rocky planet open the door to many future possibilities for studying rocky planet atmospheres with Webb,” agreed Mark Clampin, Astrophysics Division director at NASA Headquarters in Washington. “Webb is bringing us closer and closer to a new understanding of Earth-like worlds outside the Solar System, and the mission is only just getting started.”

Among all operating telescopes, only Webb is capable of characterising the atmospheres of Earth-sized exoplanets. The team attempted to assess what is in the planet’s atmosphere by analysing its transmission spectrum. Although the data show that this is an Earth-sized terrestrial planet, they do not yet know if it has an atmosphere.

“The observatory’s data are beautiful,” said Erin May, also of the Johns Hopkins University Applied Physics Laboratory. “The telescope is so sensitive that it can easily detect a range of molecules, but we can’t yet draw any definitive conclusions about the planet’s atmosphere.”

Although the team can’t conclude what is present, they can definitely say what is not present.

“There are some terrestrial-type atmospheres that we can rule out,” explained Lustig-Yaeger. “It can’t have a thick methane-dominated atmosphere, similar to that of Saturn’s moon Titan.”

Webb also revealed that the planet is a few hundred degrees warmer than Earth, so if clouds are detected it may lead the researchers to conclude that the planet is more like Venus, which has a carbon dioxide atmosphere and is perpetually shrouded in thick cloud.

“We’re at the forefront of studying small, rocky exoplanets,” Lustig-Yaeger said. “We have barely begun scratching the surface of what their atmospheres might be like.”

The researchers also confirmed that the planet completes an orbit in just two days, information that was almost instantaneously revealed by Webb’s precise light curve. Although LHS 475 b is closer to its star than any planet in the Solar System, its red dwarf star is less than half the temperature of the Sun, so the researchers project it still could support an atmosphere.

“This rocky planet confirmation highlights the precision of the mission’s instruments,” Stevenson said. “And it is only the first of many discoveries that it will make.” Lustig-Yaeger agreed: “With this telescope, rocky exoplanets are the new frontier.”

LHS 475 b is relatively close, at only 41 light-years away, in the constellation Octans.

The team’s results were presented at a press conference of the American Astronomical Society (AAS) on Wednesday 11 January, 2023. 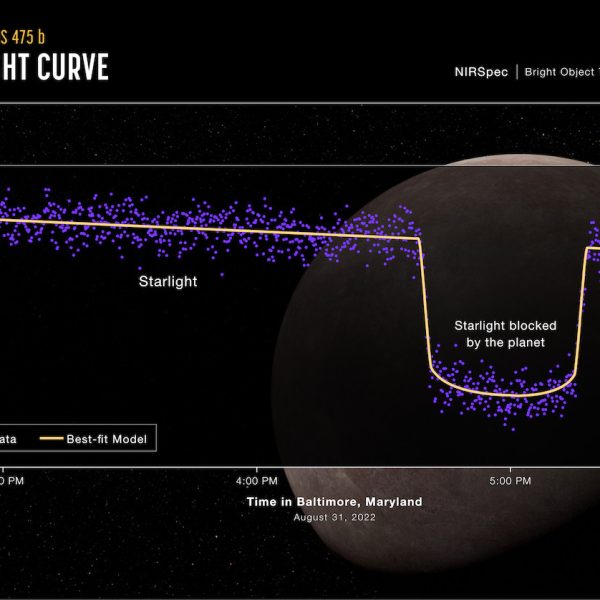