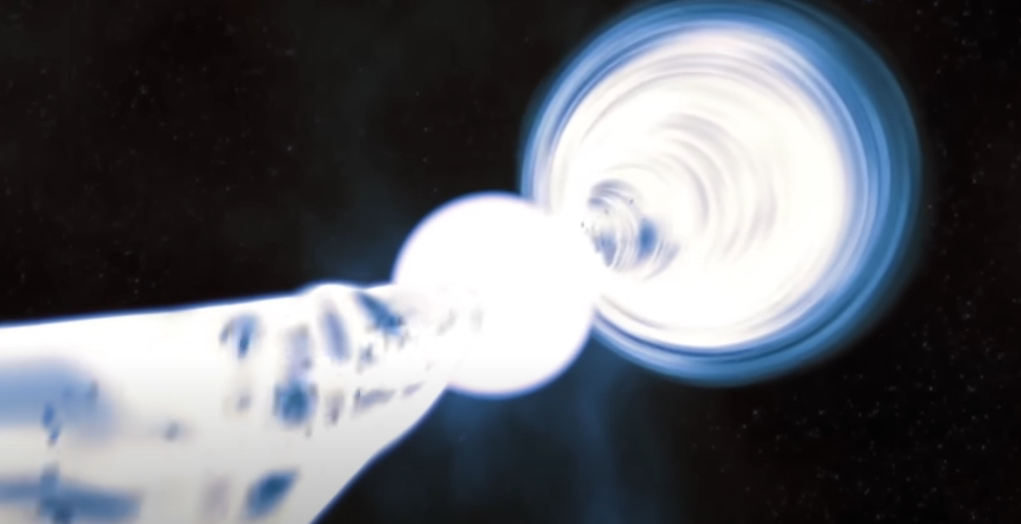 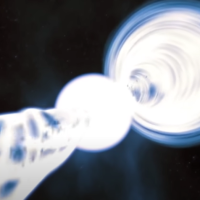 Scientists at the California Institute of Technology (Caltech) have developed a quantum simulation enabling them to study the behavior of wormholes. The experiment marks the first step towards testing quantum gravity physics with the help of a quantum computer on a larger scale. What was the outcome and what does it mean in terms of space science?

The basis for the “Traversable wormhole dynamics on a quantum processor” experiment published in Nature, was the holographic principle, according to which everything existing in a volume of space can be described by information on a surface surrounding that particular space. The aim of the experiment was to probe the conjectured ER = EPR (Einstein-Rosen = Einstein-Podolsky-Rosen) relation between quantum entanglement and general relativity. In order to achieve this, a traversable wormhole model was realized as a quantum circuit.

A wormhole is a theoretical construct, a tear in space and time, representing the ER part of the equation. To demonstrate: if someone wanted to travel from New York to Beijing, they would have to travel long hours no matter what means of transport they chose. If these two parts of the globe could be bent in a way that one would end up right below the other, the tunnel between the two cities would represent the wormhole. This is the shortest way to get to Beijing from New York. Similarly, wormholes are tunnels that go through the fabric of spacetime, making it possible to get from one place to another.

The EPR part represents quantum entanglement, the linking of two particles irrespective of the distance between them. The two sides of the equation contradict each other, however, two physicists (Juan Maldacena and Leonard Susskind) suggested in 2013 that these two sides could actually be the same and all that is needed is finding the connection between them. This connection would be quantum gravity, a theory describing gravity by applying quantum mechanical principles.

In 2017, Daniel Jafferis, Ping Gao and Aron Wall, extended the ER = EPR theory to traversable wormholes in which traveling would be allowed both ways. This, of course, assumes that the wormhole can be held open long enough for something to pass through it. The researchers have concluded that this traversable wormhole was equivalent to quantum teleportation by which information is transported through space using quantum entanglement principles.

The results and its meaning in terms of space

With their simulation, researchers Daniel Jafferis, Alexander Zlokapa, Joseph D. Lykken, David K. Kolchmeyer, Samantha I. Davis, Nikolai Lauk, Maria Spiropulu and Hartmut Neven explored the possibility of equating wormholes with quantum teleportation. The Caltech-led team found that the information successfully traveled from one quantum system to another via quantum teleportation, and therefore has passed through the traversable wormhole.

If such traversable wormholes existed, space travel would be very different. Human beings would be able to travel to distant places, possibly thousands of light-years away in a matter of hours. In addition, if there were stable, traversable tunnels originating from black holes, we could jump into a black hole and safely come out at the other end, possibly entering into another universe. Cosmologists are also examining the possibility of white holes, which are the exact opposite of black holes – as the name suggests. Nothing can enter a white hole, furthermore, matter is constantly appearing and exploding outwards from it. Although white holes are also purely theoretical, a wormhole connection between a black hole and a white hole would constitute time travel. 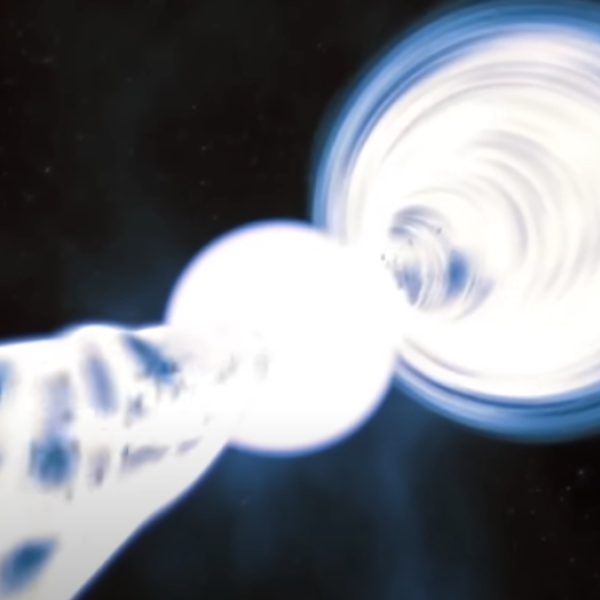