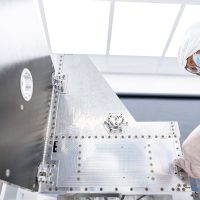 Collaborating since the very early days of the German startup, NanoAvionics has already provided consulting services and a feasibility study for Constellr’s initial satellite constellation. The thermal infrared payloads for the mission are developed by OHB, which is also one of the investors of Constellr. The two satellites will be deployed via a CarboNIX separation system, developed by German-US NewSpace company Exolaunch, in 2024.

Marius Bierdel, CTO of Constellr, said: “With NanoAvionics’ expertise and their modular satellite buses, we have found a partner able to address the high-performance needs of our constellation, providing high agility, and stability as well as the significant power demand required to deliver high quality infrared images that allow us to precisely measure the water needed in agriculture.”

Vytenis J. Buzas, co-founder and CEO of NanoAvionics, said: “Constellr is the third private company to use our satellite buses with the aim to counter the effects of climate change. The other two are Chile’s Lemu with a nanosatellite to observe biodiversity for the world’s only biosphere atlas, and France’s Absolut Sensing with a demonstration nanosatellite for greenhouse gas emission measurement. These devastating effects can be felt everywhere and we are excited that our satellite buses are used to observe, analyse and ultimately mitigate them.”

Constellr is pioneering the use of thermal infrared microsatellites for a water stress monitoring system. Within five years, Constellr expects to help save 60 billion tons of water (about 40%) and avoid 14 megatons of CO2 being emitted while generating billions of Euros in gross benefits for farmers.

Dr. Max Gulde, co-Founder and CEO of Constellr said: “By providing the central dataset, reliable forecasts can be made and the risk of crop loss reduced. Farmers can determine their yield more robustly and much earlier, and avoid potentially catastrophic supply chain effects.”

Globally, more than 70% of freshwater is used for agriculture according to the Food and Agriculture Organisation of the United Nations (UN). 60% of that goes to waste. The UN also estimates that 50% more food will be needed by the Earth’s population by 2050, leading to a massive increase of freshwater demand for irrigation.

To mitigate this unsustainable situation and an inability to precisely measure the water needed in agriculture, Constellr aims to offer a water monitoring system for the agricultural sector globally. Its satellite images and high-precision data will allow to recognise impending droughts earlier than existing methods and fast enough to mitigate trough targeted irrigation.

Kongsberg NanoAvionics is a smallsat bus manufacturer and mission integrator currently based in four locations across the USA, UK and Lithuania. The company’s efforts are focused on enabling critical satellite functions and optimizing their hardware, launch and satellite operation costs by providing end-to-end small satellite solutions — ranging from single missions to constellations. Its core engineering team has implemented over 120 successful satellite missions and commercial projects during the past several years. With modularity as the fundamental principle of NanoAvionics system architecture, the company provides economic viability to a wide range of small satellite constellation-based missions, businesses and organisations worldwide.

constellr is a German deep-tech start-up from Freiburg that operates at the interface of Earth Observation and agriculture. A spin-off of the Fraunhofer, Europe’s largest organization for applied science, constellr is dedicated to supporting global food security in times of climate change. Based on a proprietary space infrastructure with unique sensing capabilities, constellr offers precise and plot-level water monitoring for the agricultural sector worldwide. As a space data and services company, constellr is leading the way in delivering daily, global land surface temperature data for the agri-tech industry. constellr provides the fundamental global data for smart crop monitoring, identifying changes in crop health days to weeks before they become visible and enabling farmers to react early to and mitigate for potential crop risks and losses. This advanced warning means the risk of crop failure or damage is significantly reduced, allowing more accurate crop yield forecasting and thus better stability and management across supply chains. 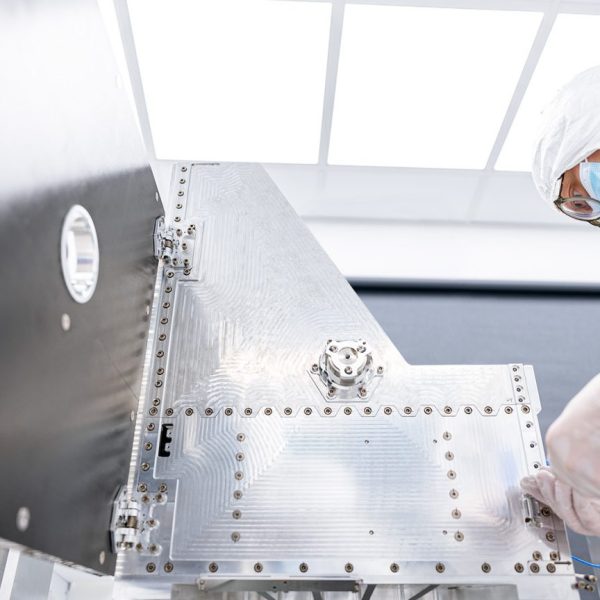