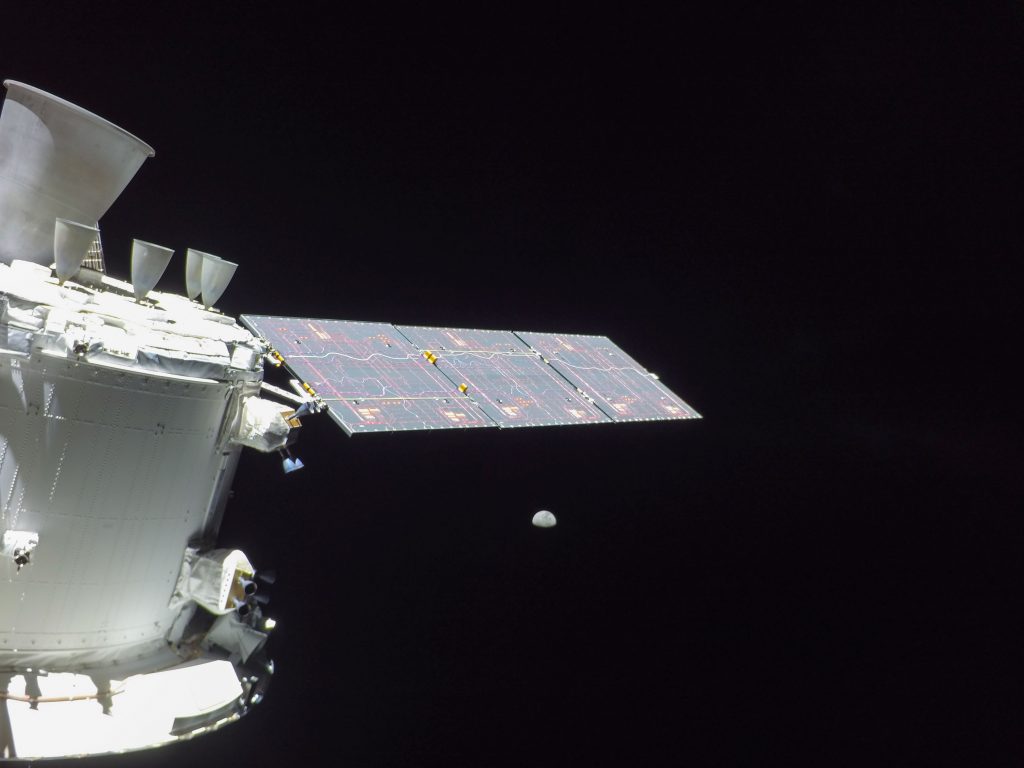 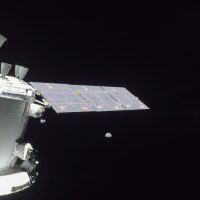 On December 11, Artemis 1’s uncrewed Orion capsule is scheduled to return to Earth, which will be the culmination of more than 25 days on a deep-space mission. With a splashdown in the Pacific Ocean off the coast of Baja California planned for the afternoon of the 11th, the capsule will fall into the Earth’s atmosphere at some 25,000 mph (40,000 kph), equivalent to more than thirty times the speed of sound (but slowed down on re-entry by a series of eleven parachutes), while — at the same time — temperatures will hit an incredible 5,000 degrees Fahrenheit (2,800 degrees Celsius). On hitting the water, the capsule will be travelling at about 20 mph or less.

Wanting to find out more about this, KTLA 5 — a television station in Los Angeles, California — caught up with Debbie Korth, NASA’s Orion Deputy Program Manager late last week (Dec. 3) on its Weekend Morning News show to discuss the final phase of the Moon mission as the unmanned spacecraft makes its return to Earth.

NASA’s new Artemis rocket aims to put the first woman and person of colour on the Moon in just a few years’ time. Before all that, though, there’s a lot to do.

Humanity’s Return to the Moon

“The goal of Artemis is to return humanity to the Moon as a program and have a sustained presence on the surface and around it,” said Korth.

So far, the missions have been successful, with Orion making it to the Moon and achieving orbit, but NASA is also keeping an eye on other things, too.

“Mainly we’re watching out for the remaining test objectives,” said Korth, “so when we sent the crew and the spacecraft up we have 160 test objectives and we are more than halfway through, but we still have a lot of test objectives to get through as part of the re-entry and landing phase.”

These include, said Korth, propulsion performance and thermal performance, designed to open up the operational envelope of Orion.

“If we consume less propellent,” she went on, “we’re producing more power than we thought, our heaters aren’t having to operate as initially anticipated — so all those things feed forward into the next mission because we can achieve more as we have greater capability to do things.”

The mission management team, entry flight director and NASA’s recovery director have a lot to think about:

“The biggest objective coming home will be the re-entry phase and the performance of our heat shield which protects the crew module from the extreme heat,” Korth added.

NASA TV coverage of Artemis I’s return to Earth begins at 11 a.m. EST on Sunday, Dec. 11. The Orion spacecraft is scheduled to splash down in the Pacific Ocean at 12:40 p.m. near Guadalupe Island.

Feature image: art001e002188 (Dec. 7, 2022) The Moon appears smaller from Orion’s perspective on flight day 22 as the Artemis I spacecraft continues distancing itself from our lunar neighbour, over 125,000 miles away in this image. Courtesy of NASA 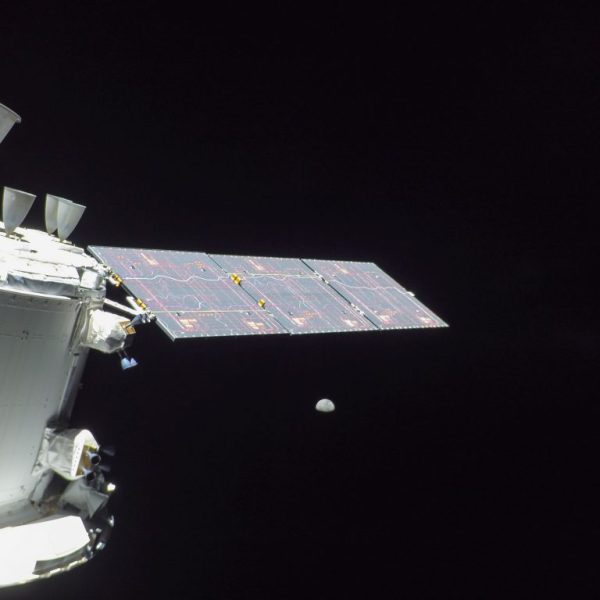