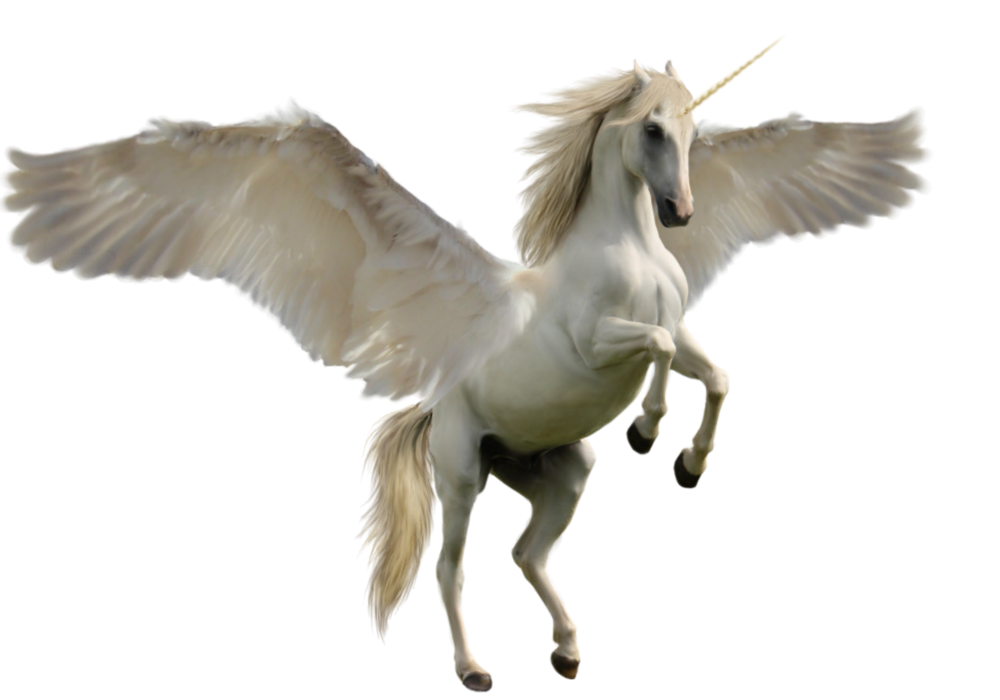 “Space, the final frontier” — Captain Kirk was surely right about that one, though he forgot to mention the money involved!

According to a report from SpaceTech Analytics (STA), a strategic analytics agency based in London that is focused on markets in the Space Exploration, Spaceflight, Space Medicine, and Satellite Tech industries, there are some ~10,000 private companies and ~5,000 investors in the Global SpaceTech Ecosystem in the Q2 of 2021. Add to these the 130 government organizations and 150 R&D hubs and associations and it’s easy to see how well the industry is doing.

Although Blue Origin, Virgin Galactic and SpaceX are the clear leaders presently, there are several startups with some very exciting things going on in either spacefaring, satellites or aerial data imagery or spacecraft construction.

With that in mind, I believe it’s appropriate for another Deep Tech Insider Billion-Dollar Babies article, this time ten unicorn startups in the space industry whose valuation exceeds a billion dollars.

Founded in 2015 by John Gedmark and Ryan McLinko, San Francisco, California-based Astranis is developing novel satellite technology to transmit data down to specific terrestrial locations, in turn giving internet access to billions of people around the world.

The startup’s first production satellite, the MicroGEO, has been designed for geostationary orbit (GEO), allowing it to operates for ten years at a distance of 35,786 km away from Earth, and is powered by a software-defined radio and is some twenty times smaller than legacy satellites at a wet mass of ~350 kg, making it far simpler and cheaper to launch.

Astranis has raised a total of $353.5 million in funding over seven rounds, its latest a $250 million Series C round in April of this year led by BlackRock, bringing the company’s post-money valuation to $1.4 billion, according to media sources.

Space-rocket startup Relativity Space’s pride and joy is the Terran 1, the world’s first entirely 3D printed rocket. Founded by Jordan Noone and Tim Ellis in 2015, the startup believes integrating the power of 3D printing, AI and autonomous robotics is the way to go in “building humanity’s multi-planetary future.”

Based in the Greater Los Angeles Area, the magic of Relativity Space is it can print its rockets’ structure and engines, which drastically reduces touchpoints and lead times, simplifying the supply chain, and increasing overall system reliability. Amazingly, it promises to manufacture the Terran 1 and Terran R from raw material within sixty days.

As of June 2021, Relativity Space has raised upwards of $1.2 billion, bringing its post-money valuation to $4.2 billion.

The startup has raised a total of $219 million in funding over three rounds to date, the latest funding in coming March of this year from a $170 million Series B round, taking its post-money valuation to a reported $1.3 billion.

Founded in 2016 by Kam Ghaffarian and Michael Suffredini, Axiom Space is a privately funded space infrastructure developer with headquarters in Houston, Texas.

Axiom’s Low Earth Orbit platform is planning commercial missions in 2022 to the International Space Station (ISS) and aims to own and operate the world’s first commercial space station.

To fuel this exploration, Axiom Space has raised a total of $150 million in funding over four rounds, the latest coming in 2021 in the form of a Series B round worth some $130 million led by C5 Capital.

According to CNBC, Suffredini, President, CEO and co-founder of Axiom Space, said the company is now “well past the point” of becoming a unicorn, meaning its valuation has surpassed $1 billion, placing Axiom among the ten-most valuable private US space companies on the planet.

Firefly Aerospace is a provider of economical and dependable launch vehicles, spacecraft, and in-space services for small payloads. Established in 2017 by Eric Salwan, Maureen Gannon, Max Polyakov, Michael Blum, PJ King, and Thomas Markusic, the Austin, Texas-based startup is committed to playing its part to restore US leadership in the small to medium launch market by “addressing the market’s need for flexible access to space with a “simplest/soonest” approach to technology selection.”

Firefly Aerospace has raised a total of $196.6 million in funding over six rounds. The startup’s latest funding was in 2021 from a $100-million Secondary Market round, bringing the company’s valuation to over $1 billion, all said.

Planet is the leading provider of global, daily satellite imagery and insights. The company was founded in 2010 by its three co-founders, Chris Boshuizen, Robbie Schingler and Will Marshall.

With 21 SkySats in orbit, the company’s products include the highest intraday revisit capability of any commercial provider, Basemaps built from the most recent imagery over broad areas and the Planet Analytic Feeds that leverage deep learning to identify objects and features of interest from Planet imagery at a global scale.

As of July 2021, Planet has a post-money valuation of $2.8 billion, according to Bloomberg sources, while it has raised a total of $373.9 million in funding over seven rounds. Its latest funding was in early 2019 from a $168-million Series D round led by Prelude Ventures.

Having raised a total of $215 million in funding over five rounds, Rocket Lab’s valuation is estimated to be $4.1 billion after the company announced that it would be going public through an initial public offering (IPO) of stock in the second quarter of 2021

A Midland, Texas outfit, AST Spacemobile and its global partners are building the first and only space-based cellular broadband network to be accessible by standard smartphones.

Founded in 2017 by Abel Avellan, the LEO satellite manufacturer’s ultimate mission is to eliminate the connectivity gaps faced by today’s five billion mobile subscribers and finally bring broadband to the multitudes who remain unconnected through its technology, a truly humanitarian aspect to this startup.

AST SpaceMobile has raised a total of $358 million in funding over six rounds, the latest funding raised coming in 2021 from a Post-IPO Equity round of some $230 million.

In April 2021, AST SpaceMobile went public through an IPO, raising $462 million through it at a valuation of $1.8 billion, as per Crunchbase data.

Astra is a rocket launch vehicle startup that provides satellite delivery and launch services. Founded in 2016 by Adam London and Chris Kemp, the Alameda, California-based company is the fastest privately-funded company in history to reach space. With over 50 launches under contract, its intention is to begin delivering customer payloads into low Earth orbit this summer.

Astra has raised a total of $300 million in funding over four rounds, the latest funding in July 2021 from a $200 million Post-IPO Equity round led by BlackRock.

According to news from CNBC back in February of this year, the startup had a deal to merge with special purpose acquisition company Holicity to go public in a SPAC deal that valued the rocket company at a $2.1 billion enterprise value. On 1st July 2021, Astra completed its first day as a public company on the Nasdaq.

Like its aforementioned competitors in the space data sector Astranis and Planet, Spire Global is a space-to-cloud analytics company that owns and operates the largest multi-purpose constellation of satellites whose proprietary data and algorithms provide the most advanced maritime, aviation, and weather tracking in the world.

Founded by Peter Platzer, Joel Spark and Jeroen Cappaert in 2012 and based in the San Francisco Bay Area, Spire Global’s data infrastructure includes a global ground station network and 24/7 operations that provide real-time global coverage of every point on Earth.

Now a publicly listed company on the New York Stock Exchange after its merger with SPAC company NavSight, Spire Global’s valuation is now said to be $1.6 billion. This is after it had raised a total of $222.7 million in funding over 12 rounds, the latest funding in late 2020 from a Debt Financing round worth some €20 million by the European Investment Bank. 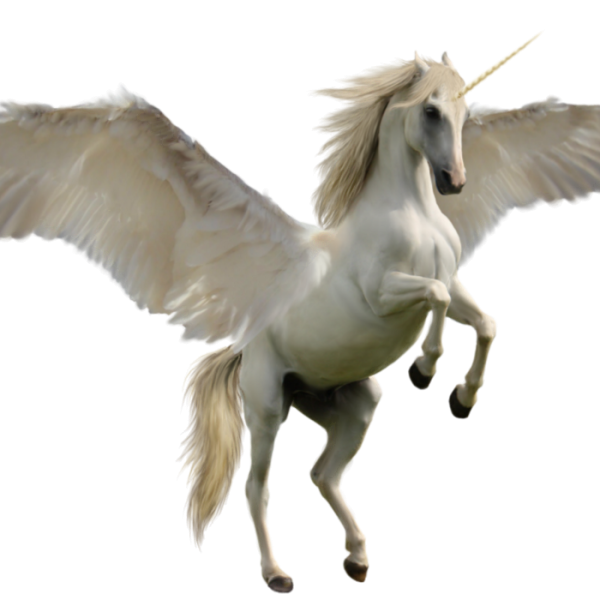